C is a procedural-oriented language so its commands are written and carried out step by step. It was created over 40 years ago and remains an integral part of the technology world today. Proving it is still relevant, the TIOBE index ranked C as the number one programming language based on the number of lines of code that were written. 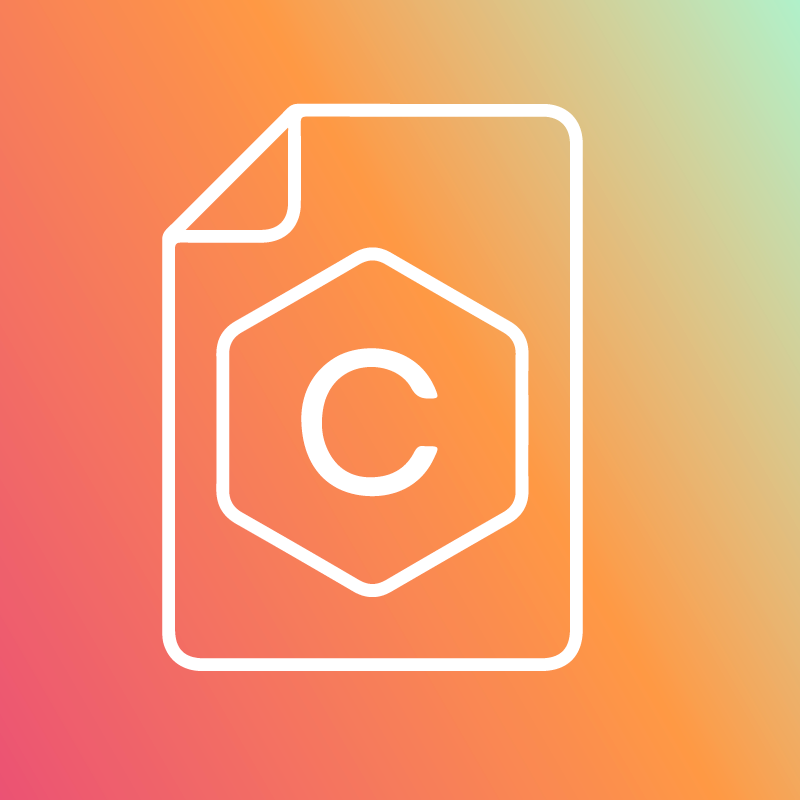 What is C Programming?

Microsoft Windows, Linux, Mac, and mobile counterparts iOS, Android, and Windows Phone all have kernels that are written in C. Databases like Oracle and mySQL are also written with C. In 2022, databases are found in systems of many different industries and with computers and smartphones running on mentioned systems, it is easy to see how influential C programming is in our daily lives. Even alarm clocks, 3-D movies, and automobile features like anti-lock brakes and automatic transmission are programmed with C.

Many other languages have been based off of C or modeled parts of it in some way. Because of this, many programmers say that learning C has made them a better coder and also helped them to more effectively learn other programming languages. Learning C benefits coding students because it allows students to understand the architecture of a computer system through the programming process. Knowing how a computer works as well as how a program is run and executed can only add to a programmer’s skill set.

Why is C Programming Useful?

Consider a middle-level language, C combines high-level language capabilities with low-level uses. This allows for a wider range of uses for this top language. C  is used for developing operating systems, embedded systems, and databases. Gaming, graphic creation, and applications requiring calculations also benefit from this language. It consists of a type system that is static, preventing operations that aren’t intentional. It also uses statements to dictate actions. C also supports pointers, arrays, characters, and operators. Its block structure also helps prevent errors since each block of code is independent of others. This makes this language so desirable to use and troubleshoot.

C can make it easier to learn other languages.

Since so many other languages utilize C or are modeled from it, learning this programming language can help you learn others. C++, C#, Python, Java, JavaScript, and Ruby are some examples of languages that borrowed ideas from C.

It is faster than most other languages as well as energy-efficient.

It’s fast because it is efficient and concise and does not have the processing overhead of other languages. As a compiled language, C is much more energy-efficient than its counterparts. It ranks highest in performance tests for energy consumption, time for execution, and memory usage.

C programs can be transferred between programs with only making minimal changes, if any. If you write code in C on your machine, then it can easily be run on any other machine that supports the language. C is platform independent, and portable, because it does not rely on any specific software or hardware.

It can be used for a variety of purposes.

From databases to operation and embedded systems, C has a wide reach. It also allows access to the primary parts of the computer so coders can access the CPU memory via pointers as well as bits and Bytes. This extends the capabilities of C.

C has an abundant library.

C has multiple libraries that can extend its capabilities. While the standard library is the most popular, others have been written to allow C to be incorporated with other programming languages and to provide pre-written and built-in functions.

How to Learn C Programming

Since C has been around for so long, there are a variety of resources that you can use to learn the languages. First, make sure that you download a compiler that is compatible with your operating system. Next, search for tutorials, introductory online courses, and online programs to help you learn. There are also reputable books that you can look to for step-by-step guides to learning the language. If you would like a more structured and in-depth program, a bootcamp may be right for you. Bootcamps are offered in a variety of settings including in-person, online, and in hybrid combinations. They offer comprehensive curriculums and supports to prepare you to enter the coding world. If the idea of a bootcamp sounds appealing to you, we have compiled a list of coding bootcamps that include learning this language.

Explore some of the top schools offering C Programming bootcamps and find the right fit for your needs and schedule.