Looking for a skill that will kickstart your career in programming languages or data analysis? Consider learning SQL! SQL is a user-friendly programming language that has stood the test of time and continues to grow in popularity. The need for SQL for data analysis in multiple fields makes it a skill that is in high demand and promises to continue to be in the future. 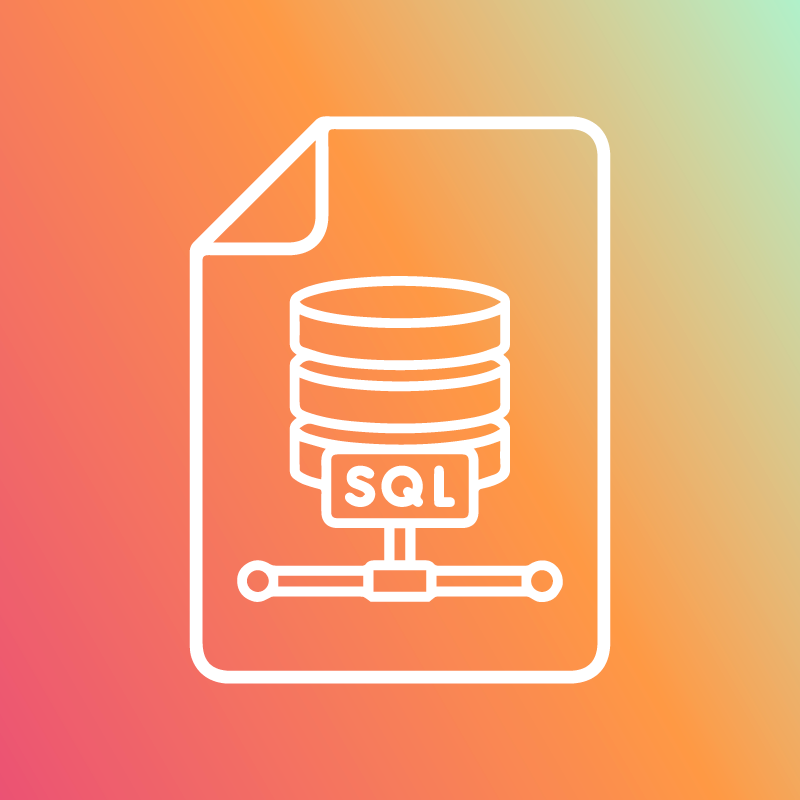 SQL stands for “Standard Query Language.” While often lumped in with other programming languages, SQL is truly a query language since it requests a specific set of data (a query) then retrieves the need set for analysis. In order to analyze data, SQL is needed to manage and access the data from a database. SQL began in the 1980’s when it was invented by IBM engineers. Since then, SQL has become the tried and true query language for databases used by companies across fields spanning from software to marketing.

Why is SQL Useful?

So why should you learn SQL? Here are 5 of the many reasons you could benefit from learning SQL.

What can you do with SQL? The possibilities are endless. SQL can easily work with any database system to communicate and manage large amounts of data. This goes beyond basic spreadsheets like Excel that are limited in the amount of data they can efficiently sort. In contrast, SQL can work with millions of pieces of data. This database language is imperative for data analysis and data-based machine learning. Uniquely, SQL can handle data in tables and allows data to be both compiled and manipulated. This makes data analysis more efficient. Since it is query-based, SQL easily can compile data based on one categorical need or from a query. For example, a company can easily use SQL-programmed databases to run a report of how many of its customers spent $1000 or more on their products. SQL is capable of performing many different aggregate functions such as averages, standard deviations, counts, and more. SQL also generates descriptive statistics such as mean, median, and mode. Since most database management systems support SQL, after learning the programming, you can easily move among different database management systems. SQL can also be embedded in other programming languages, making it a great first programming language to learn.

SQL is a skill used in a variety of careers.

Where can you work after learning SQL? SQL proficiency is a must-have for data analysts and data scientists. Knowledge in SQL is applicable for other careers heavily based on data such as big data architects and database administrators. It may be surprising that careers outside of the traditional data world can benefit from SQL skills. For example, the most successful marketing specialists utilize SQL to analyze data to assist companies in their growth and analyze how customers use products over time. Any company that wants to utilize data to set goals and grow their business can employ SQL-skilled workers to take their company to the next level.Explore more careers.

Because of its data analysis capabilities for companies in a wide range of fields, SQL is a high-demand technical skill. SQL experts are a necessity for companies and they earn a competitive salary, even at an entry level. To show the demand for SQL knowledge, Indeed analyzed over 32,000 data job listings. They found that SQL was listed in 42.7% of listings, making SQL the current most in-demand technical skill for potential employees. This demand gives another reason why to learn SQL. 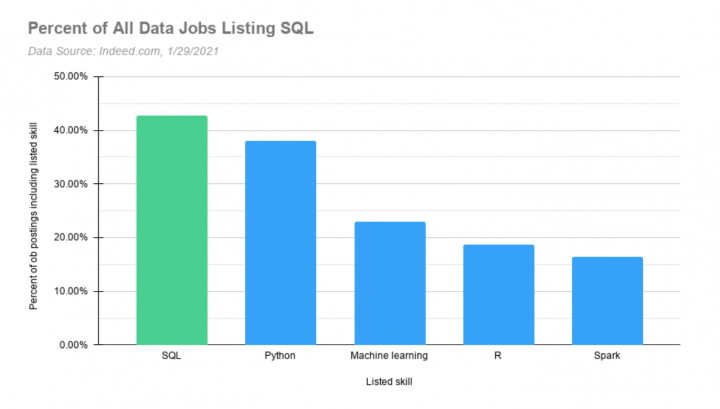 As far as salary goes, Glassdoor analyzed 933 job listings with SQL listed as a required skill. According to Glassdoor, the average SQL salary was almost $82,000.  This is well above the national median average salary from 2020 of around $45,000 per year.  Income possibilities are another reason learning SQL is a great decision.

SQL is a popular language among developers.

In a 2020 survey of professional developers, SQL was ranked as the third most used programming language. This is presumably because SQL’s necessity to accomplish data analysis is widely known and agreed upon. Additionally, because of its long running existence and success, SQL has well-established industry standards. This makes it desirable for use among professional developers. According to Statista, SQL was the 3rd most popular programming language among developers worldwide. 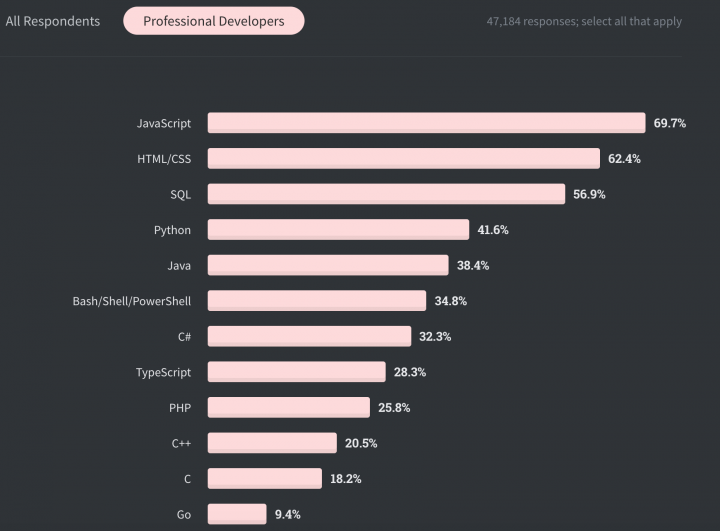 SQL is easy to learn.

SQL is a language that feels natural to write because it is similar to the English language. It is also a free, open-source language so anyone has access to it and can learn from free resources. SQL can also be learned through intensive bootcamps in a variety of settings and flexible schedule options so a degree is not needed to start using SQL in the workforce.SQL’s language is considered a “declarative language.” Unlike imperative languages like Java, SQL demands the data needed and the system figures out how to deliver the request. Less coding is necessary, making the SQL programming process simpler for most users to both perform and read the programming language. Learnsql.com boasts that SQL hides all of the data processing from the user, making the process of gathering and analyzing data as a result, programming with SQL is less congested than with other languages. The natural flow and straightforward writing make programming with SQL friendlier to use than other languages.

How to Learn SQL

Some SQL programmers utilize free resources, such as the free SQL download and free tutorials, to teach themselves SQL. Want a more structured and assisted way to learn SQL?  Online courses, bootcamps, and in-person courses are great ways to learn this popular query language.

Learning SQL is a great way to add a useful and desired and high-demand skill to your resume.  In addition to its usefulness in data analytics and many other careers, SQL can also set the foundation for learning other programming languages.

Explore some of the top schools offering SQL bootcamps and find the right fit for your needs and schedule.