Python is a favorite programming language for a wide variety of users – web developers, software engineers, ethical hackers, data scientists, game creators, and government agencies. Even tech giants like Google and NASA rely on Python! This further emphasizes the importance of Python as a useful tool. With Python as a skill on your resume, you’ll be eligible for a wide range of career paths. 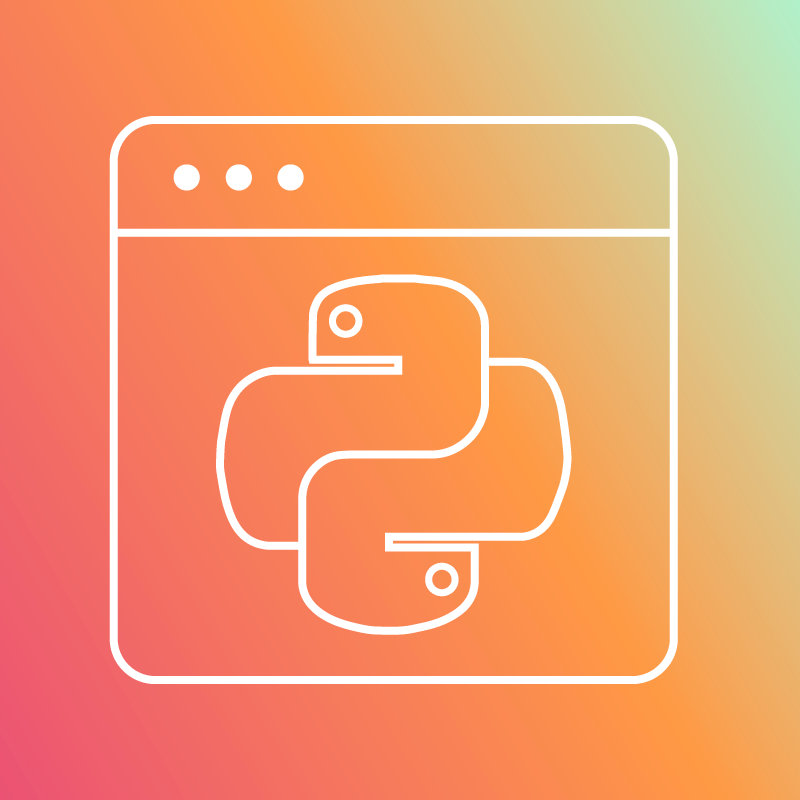 Python is a programming language that is known to be well-suited for handling large amounts of data. This makes it attractive in professions that rely on data analytics and statistical studies.

Python is a basic programming language that coders at many different levels can understand. This language can be used for small or large programming projects, perfect for the Python novice or Python master. Furthermore, Python can be used on a variety of operating systems including Mac and Windows. Because of its ease of use, Python is a great first language for programmers to learn.

Why is Python Useful?

Python is Great for Beginners

Python is widely regarded as the easiest coding language to learn. Its syntax is often shorter than other languages because it doesn’t require coders to initialize variables, as in older languages like Java. It also uses less punctuation – like brackets and semicolons – than other languages. Learning Python can be a gateway to learning other programming languages. According to the Python Software Foundation, Python teaches beginners important programming skills that include looping and working with user-defined objects. Python also utilizes a large standard library which means users have ready-made code at their fingertips. In fact, many novice programmers teach themselves Python from free online resources and guides. If you aren’t feeling confident in learning Python on your own, there are a wealth of coding bootcamps ready to walk you through everything from downloading Python to creating packages and writing code.

These ten jobs use Python programming most often in their day-to-day work.

Python has been used in industries beyond software development, spanning from aviation to pharmaceuticals. Python’s ability to handle large amounts of data also makes it useful in the humanities. Even the American Psychological Association endorses Python since it can be used in every step of the scientific research process. From running experiments to collecting and manipulating data, Python does it all.

Even better, according to the National Bureau of Labor Statistics, careers in data science and software development are among the fastest-growing occupations over the next 8 years. Investing time in learning the Python programming language can only continue to pay off.

Out of the Top 50 Software Job Titles (ranked by search volume), the majority require or encourage Python knowledge. This makes applicants with Python in their skill set particularly desirable in the software industry.

It Pays to Learn Python

As more professions and industries seek to hire skilled Python programmers, the salary for these roles is increasing. 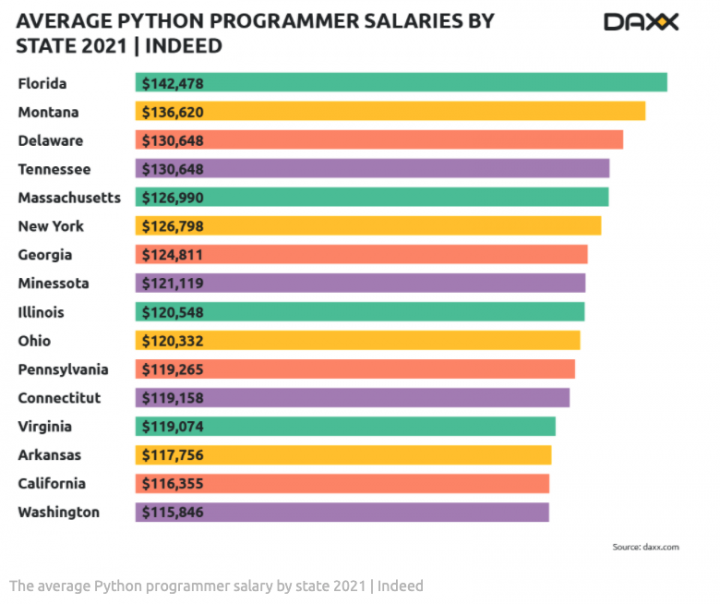 Just starting out? According to ZipRecruiter, the average entry-level Python Programmer makes over $80,000 per year nationwide, which is a great starting point for an entry-level role!. 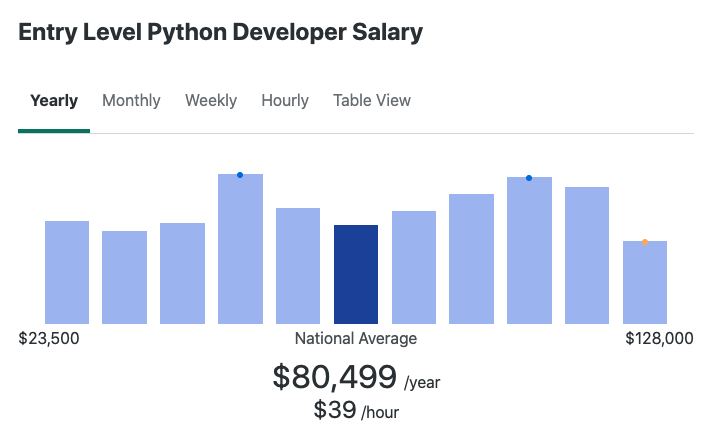 Using Python Can Save Time

Since Python uses simpler syntax, and the standard library is so extensive, it is safe to say that using Python is more efficient than other languages. Many new programmers start by learning the popular “Hello World” program. For this starter code line, Python programming only requires a basic line: print(“Hello World!”) while other programming languages require multiple lines of text to program the same exact greeting. As programs get longer, Python allows one file to define multiple classes, unlike other languages that require a file per class. Additionally, variables declared in Python can be changed seamlessly, adding to its ease of use. Notably, compared to its competitor, Java, Python programss can be 3 to 5 times shorter. Python also uses indentation to organize blocks of code, rather than brackets, which some coders find to be easier and more efficient. Saving time and reducing errors makes learning Python even more appealing!

Since Python was first created in 1991 by Guido Van Rossum, decades of work has been done to expand Python’s library and thousands of contributors have worked to add to Python’s capabilities. Common commands can be found in the library and do not need to be rewritten by the user.

Need help? The Python community is extensive and it is easy to find communities designated for Python users of all levels to ask questions and share their expertise.

Already know other programming languages, but want to learn Python? There are plenty of groups for you, too.

TIOBE, a leader in software quality, named Python the most popular programming language in 2022 based upon searches, YouTube tutorials, Wikipedia pages, and data from other platforms. Google searches for Python surpassed those for Java in 2017 and it has remained in the lead ever since.

How to Learn Python

Some Python programmers utilize free resources like videos and tutorials, to learn the language. Want a more structured and assisted way to learn Python?  Online courses, bootcamps, and in-person courses are great ways to learn this multi-purpose language. At the bottom of the page, you’ll find a list of coding bootcamps that include Python in their curriculums. If you want to keep on reading about this language before you start a course, check out some of the resources below!

Best Coding Languages to Use in 2022

Ruby vs Python: Which Language Should You Learn First

How Long Does it Take to Learn Python?

You can learn the basics of Python in just a few days if you put your mind to it! However, to really understand everything this language can do and how to code different types of programs with it you’ll need several months. Bootcamp programs that teach Python can be completed in about 3 months on a full-time schedule or 6 to 9 months part-time.

Yes, Python can be downloaded for free online from Python.org.

Explore some of the top schools offering Python bootcamps and find the right fit for your needs and schedule.