Have you used an iPhone or iPad today? What about an Apple Watch or the Apple TV? If so, then you’ve encountered Swift.

Swift is a general purpose, open-source programming language developed by Apple for use across all of its operating systems. It was initially released in 2014 as a safe, fast and expressive language, designed to replace C-based languages in the development of iOS apps. Since then, it has been integrated into all of Apple’s operating systems (iOS, OS X, watchOS and tvOS).

Despite being a newer programming language, its short syntax, easy readability and maintainability and safety features have quickly made it a favorite among programmers. If you have yet to learn Swift, here’s everything you need to know about the language and why you might find it useful throughout your coding career! 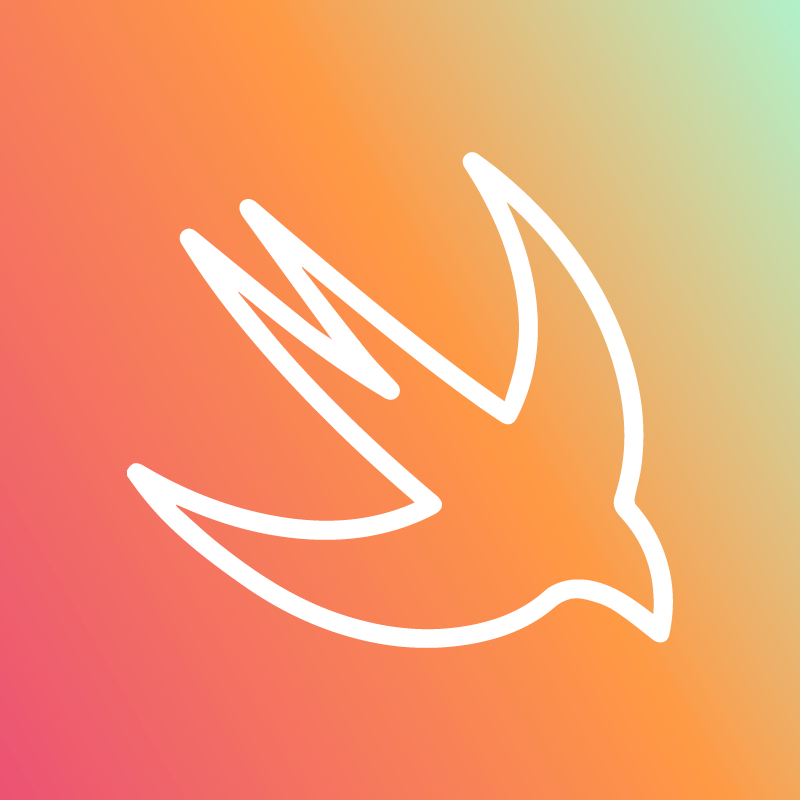 Swift was built by Apple to build on the techniques learned in Objective-C, modernized and optimized to work within their OS environments. Apple built on decades of programming language research to create the powerful programming language, complete with highly requested features and easy-to-understand Syntax. Even though it was developed in-house, Apple knew they would need to rely on the greater coding community to grow the language. Therefore, Swift was designed as an open source platform and has acquired a large number of third-party libraries and tools.

Since its introduction in 2014, Apple has released five main versions of Swift with Linux and Windows support being added in 2016 and 2020 respectively. Over the years, demand for programmers with Swift experience has grown. By 2021, it ranked as the 20th most popular programming language on Stack Overflow (above Objective C, which it is meant to replace) and as the 8th “most loved” language. Swift is especially popular in the U.S., where iOS holds the majority market share among mobile devices at 56.7 percent to rival Android’s 43 percent.

How does Swift differ from Objective-C?

Since its’ inception eight years ago, Swift has rapidly overtaken Objective-C to become the most popular language on Apple’s platform. However, Apple has thus far not announced any plans to sunset Objective-C support, so both languages remain in use.

Swift has been referred to as “Objective-C, without the C.” Here are the main ways it differs from its predecessor:

Why is Swift Useful?

It’s quite obvious why working within the Apple ecosystem requires a mastery of Swift. But even if you don’t necessarily see yourself as an app developer, you could find knowing the language useful, as it and Apple gain further adoption throughout the world. Here are a few great reasons to keep Swift in your developer toolbox.

How to Learn Swift

Swift programming language is designed so that coders of any level can master the skill while having fun in the process! In fact, the tagline for Apple’s official Swift Playgrounds app for iPad and Mac is “Learn serious code. In a seriously fun way.” For beginners, we recommend starting with this app as a means of learning the basic syntax and getting started with the language.

Ultimately, there’s no one best method to master coding and Swift. While you can definitely teach yourself the skill, you might want to seek out teaching resources that match your preferred learning style. You can start by playing around with open source Swift projects on GitHub or through a more structured method like the Hacking with Swift course or online Swift Programming video tutorials.

Already ready to take a bigger step in your coding education? Consider signing up for a coding bootcamp. These programs take a more comprehensive look at coding, including Swift, with a curriculum focusing on skills you need on the job, plus a variety of career services and networking opportunities. Bootcamps run several weeks to several months, with costs up to $15,000. While  this is definitely a major commitment, it could be a great way to efficiently skill up your coding knowledge or make a career pivot into the tech industry.

Below you will find a list of bootcamps that offer Swift in their course curriculums. Take a moment to browse our offerings and find the program that is right for you!

Explore some of the top schools offering Swift bootcamps and find the right fit for your needs and schedule.