Rust is a statically-typed programming language designed for performance and safety. When it comes to safe concurrency and memory management, this widely-used language is in the lead. With a syntax similar to C++, Rust is what’s called a “low-level” programming language, with direct access to hardware and memory.

At its core, Rust programming was created to solve problems present in other languages. Although it’s definitely not the easiest language to learn, once you master it, you’ll gain the ability to create cleaner, faster and safer code.

When it comes to popularity in the coding community, Rust is the clear winner. According to the StackOverflow surveys, Rust has been the most loved programming language for the last five years in a row. So what is it that makes this programming language so special, and what’s the best way to learn it? Keep reading to find out! 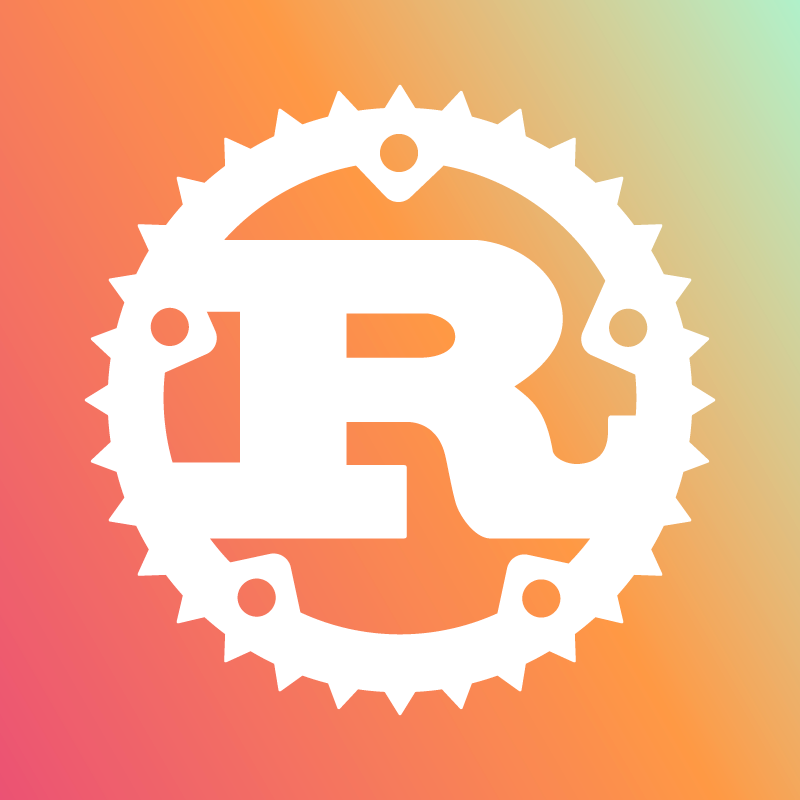 Rust came to life in 2010, built entirely from scratch as an open-source project from Mozilla research. Since 2021, the dedicated Rust Foundation has taken over driving the development of the language. While syntactically similar to C and C++, the language solves two problems that have long been issues for both of those languages: safe concurrency and memory management. In order to explain its features, let’s break down both of those issues.

In coding, concurrency refers to the ability to do more than one thing at the same time, with multiple sequences of operations running in overlapping time periods. While this concept seems simple, something called a “data race” can occur when two threads access the same memory at the same time, leading to unpredictable and error-prone code beavior. Rust prevents this with its borrow checker—a part of the compiler that ensures that references do not outlive the data to which they refer. This feature helps eliminate memory violation bugs.

When it comes to memory management and safety, Rust accomplishes the highest standards by not using automated garbage collection. This concept is meant to automate the memory management process by reclaiming memory allocated by a program that is no longer being referenced, but in reality, can take a significant proportion of total processing time and have a subsequent negative impact on performance. Instead, Rust uses the “resource acquisition is initialization convention” with optional reference counting to provide deterministic management of resources, with very low overhead. Memory is further secured by the languages disallowance of null pointers, dangling pointers and data races. Data values can only be initialized via a fixed set of forms.

Overall, Rust is so loved for its ability to serve as a hybrid, offering the syntax advantage of a high-level language with the control and performance of a low-level language. Its static nature eliminates the frustration of dynamic typing and constraining data and having it be checked by a compiler further minimizes confusion and errors.

Not convinced yet? Let’s look at some of the additional use cases and features of the versatile Rust language.

Why is Rust Useful?

Some programmers might overlook Rust, as it’s not as widely used in the industry as languages like JavaScript and Python. However, depending on your tech industry role, that could be a major mistake. Here are a few reasons to check out Rust.

How to Learn Rust

Ready to get started with Rust?

The good news is that programming is definitely a skill you can teach yourself! In terms of the best method to learn Rust, a lot of it depends on the particular learning environment you enjoy the most and the outcome you hope to achieve.

Free introductory online resources are a great place to start. Rust By Example is one of the most comprehensive collections of tutorials and walkthroughs. You can also check out A Gentle Introduction to Rust, Tour of Rust and the Rust Crash Course for additional instructional videos, and interactive guides.

Embarking further on your coding education might mean signing up for a coding/Rust class or coding bootcamp. These programs take a more comprehensive look at coding, with a curriculum packed full of job critical skills and a full suite of career services offered. Bootcamps run several weeks to several months, with costs up to $15,000. While  this is definitely a major commitment, it could be a great way to efficiently skill up your coding knowledge or make a career pivot into the tech industry.

Below you will find a list of bootcamps that offer Rust in their course curriculums. Take a moment to browse our offerings and find the program that is right for you!

Explore some of the top schools offering Rust bootcamps and find the right fit for your needs and schedule.