C Sharp is a popular programming language used for many applications including game creation. This, along with being free and open-source, makes it popular to learn. It can make for a good first language because it is easy to read and learn and there is a well-established and supportive community as well as a plethora of resources. 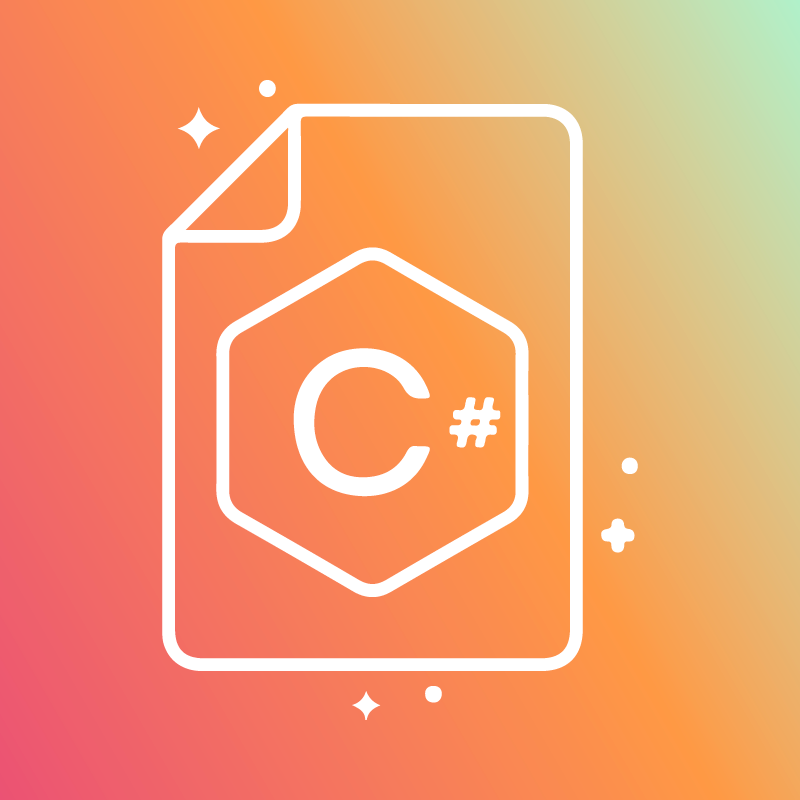 Hejlberg and Microsoft in 2000. C# is general purpose and object-oriented. Originally, it was created to design apps with the Microsoft platform. It has become a favorite for coders for this purpose as well as developing games, especially in the game engine Unity.

Why is C# Useful?

Since it can be used to create web applications, desktop applications, windows applications, and games, C Sharp is popular for programmers. The TIOBE index ranked C# the fifth most popular and used programming language. Additionally, in 2020, Stack Overflow ranked it the seventh most used language and eighth most loved as a result of its Developer Survey. The reasons below will explain why it has become so popular and why you should learn C#.

C# is widely regarded as easy to use and learn.

C Sharp is considered high level which means it reads very closely to English. There is also a large library of code that has a higher-level of functioning than comparable languages.

Microsoft has made it free and open-source.

Not only is C# free to download and use, so are many of its resources including video tutorials. Its associated development platform, .NET is also free. Since it is open source, as more code is created by developers using C#, the code is available for all users to employ in their own programs.

It is a modern language.

Only two decades old, C Sharp has all of the functions and capabilities that developers need to create modern applications.

The language is portable and cross-platform.

Lines of C Sharp can be used through a variety of operating systems. This means that the same code will allow for applications to work in different platforms, computers, and mobile devices with minimal adjustments. For example, through the associated framework, Xamarin, code created for iOS can also be used with Android.

There is a large online community.

Since the language was created by Microsoft developers and designers, there was a large community of support from the start. This community has grown over the past two decades and now offers even more support and resources.

With its ability to be used for both desktop and web applications, as well as to design games, the language is attractive to programmers working in many facets of technology fields.

C# is static and also easy to read and write. Since it is static, similar programs are consistent with each other and errors are found before being implemented into applications. There are also many lines of code already written. This makes it easier to write programs and also to debug lines of code. Since C# is managed by Microsoft, it is guaranteed to continue to evolve to meet the needs of developers and new technology. Learning C Sharp can help put you in more demand as a coder since it is both popular and flexible.

How to Learn C#

Bootcamps are a great way to learn C# and are offered through in-person, online, and hybrid formats. Most last between 8-36 weeks so that you can choose a bootcamp that fits your needs and schedule.

Explore some of the top schools offering C# bootcamps and find the right fit for your needs and schedule.