Ten Cities on the Cutting Edge of ‘Smart’ Infrastructure 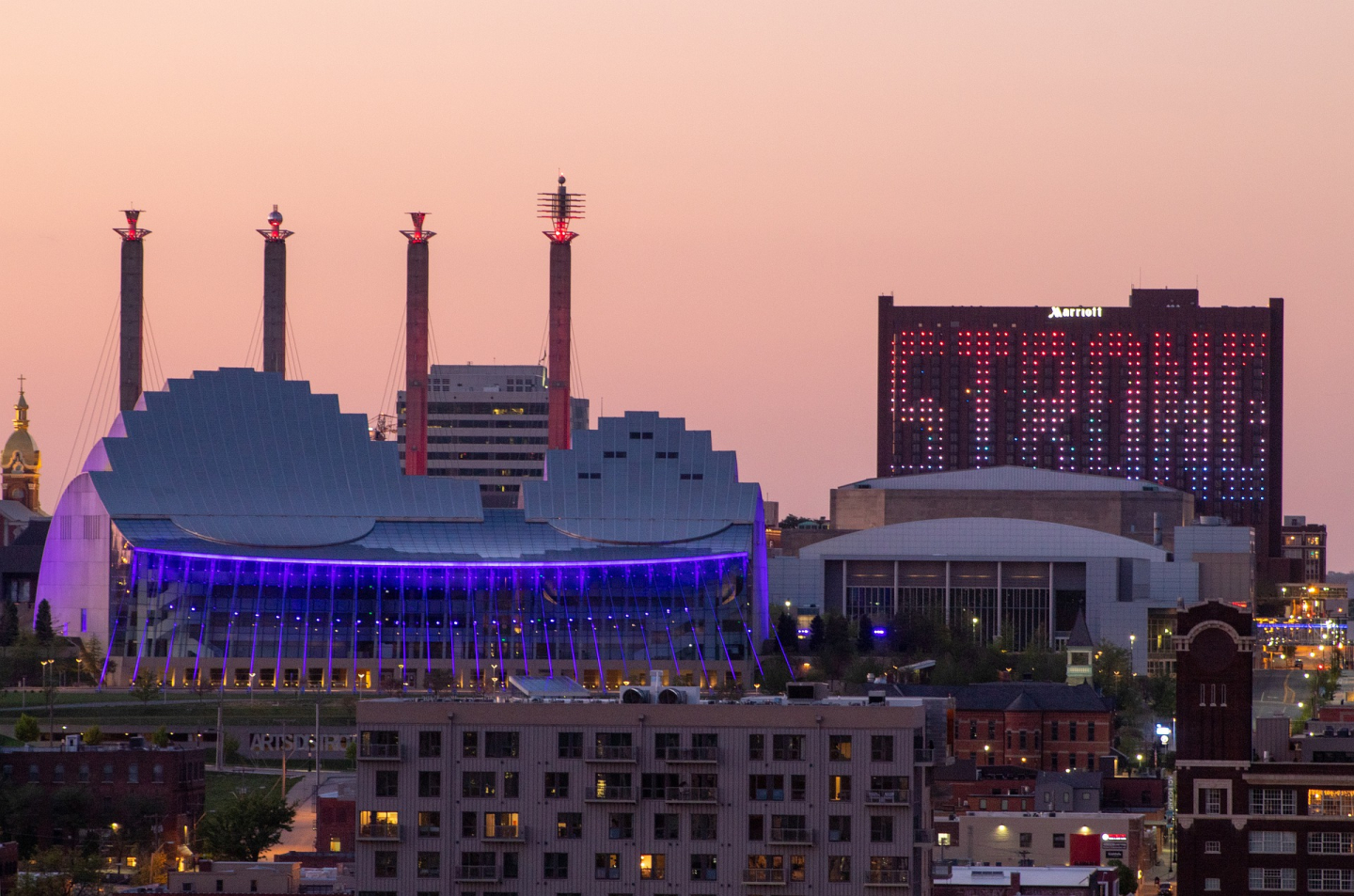 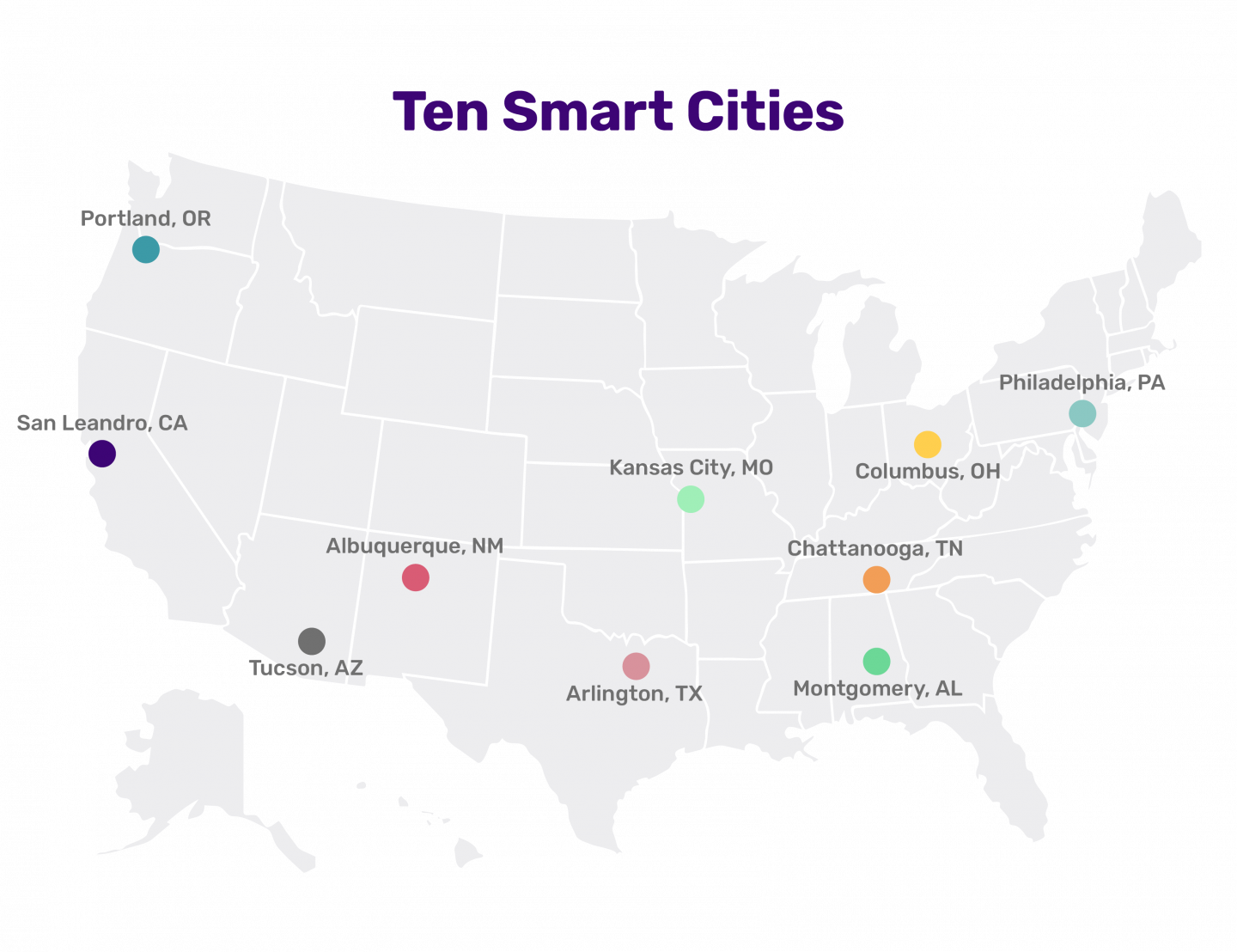 Smart cities are cities that use cutting edge innovations like AI, automation, machine learning, data science, internet of things, and cloud computing to reach a higher level of citizen service. Some smart cities focus on a singular tech initiative, while others aim to revamp their entire city infrastructure. Below we’ve compiled a list of ten smart cities that are putting cutting edge tech to work for them!

In March of 2021 Arlington, Texas became the first city to offer public transport by autonomous vehicle! The program, called RAPID (Rideshare, Automation, and Payment Integration Demonstration), is a one-year pilot program funded by a Federal Transit Administration grant. It uses five autonomous buses that are available on-demand for Arlington citizens to call using the Via app or a hotline phone number.

The buses operate throughout downtown Arlington and on UTA’s campus. They are monitored by a fleet of human attendants as an extra precaution while the program is in its early phase. If the year-long pilot goes well, we may expect to see autonomous transit popping up in other cities soon!

The city of Albuquerque’s stated goal is to apply “Smart City technology to key points in Albuquerque; we can use trash cans, bus stops, or crosswalks to identify ongoing issues or opportunities in an automated and intelligent way.” The city’s Department of Technology and Innovation has developed an ambitious fourteen-part smart city plan for the year and has partnered with tech leaders like Oracle, Cisco, and SmartCone to make the plan a reality.

Innovative initiatives include gunshot detection and automated response; environmental sensors that gather data on air quality, weather, and allergens; smart crosswalks that will gather data on pedestrian behavior (jay walking, peak pedestrian hours, etc.); solar-powered lighting; and connected traffic lights that can relay information and adjust to improve traffic flow. You can read more about each of these initiatives and the other ten parts of the plan from the city’s official proposal document here!

Over the past several years, Montgomery has put together an eight-part plan for applying modern innovations to solving local problems in partnership with the local Maxwell Airforce base. The primary tentpole of the plan is called Open Data Montgomery. The Open Data initiative uses ArcGIS and Esri to gather data on all aspects of life in Montgomery and make it available to all residents in order to “increase public accountability and trust.”

This year, Tucson has received a Smart City Award for an initiative called Project Aeolus, which aims to conquer what’s known as the ‘digital divide,’ the significant portion of families who do not have reliable internet access.

Last year, when students were learning remotely due to covid-related school closures, officials were worried about students with no wireless internet access falling behind. They quickly set about building a new LTE network to bring wireless coverage to 191,632 Tucson households and thus Project Aeolus was born. When the project is complete, Tucson will be home to the largest government-owned LTE network in the U.S.

Chattanooga is building up a ‘smart corridor’ along a 1.2 mile stretch of MLK Jr. Boulevard in downtown with the support of a $1.37 million grant from the National Science Foundation. The smart corridor will use real-time data to synchronize traffic lights for more efficient and safe traffic flow.

Chattanooga’s existing tech infrastructure has played a huge part in making the project possible. In 2010, Chattanooga became the first city to develop its own gigabit fibre-optic network. The network’s high speeds allow large volumes of traffic data to be gathered and used by programs almost instantaneously.

The Columbus smart city initiative aims to use “modern, integrated transportation options [to] empower residents to live their best lives.” While smart innovation projects span across the city, many of them focus on the Linden neighborhood, where there is a history of redlining and neglected infrastructure.

These innovative initiatives are estimated to have increased Columbus’s Gross Metropolitan Product by $173.39 million and led to 2,366 new jobs.

San Leandro was one of the earliest smart cities, using IoT technology to improve city services from street lights to irrigation since 2016. Smart devices connected to the city’s fiber optic network can be adjusted remotely and can also gather data for future decision-making.

Now, San Leandro is taking its data capabilities to the next level with a public dashboard called CityDash.ai. The dashboard displays real-time data from multiple city departments in a map layout that is easy for residents to use to learn about city projects, safety risks, and community events.

In addition to the public dashboard, authorized city officials have access to a more detailed dashboard that can be used for more specific incident response and improvement planning.

Furthermore, the city’s Emerging Technology Board is charged with proactively seeking out and evaluating the newest technologies to see how they might be leveraged for city initiatives. Recently, Kansas City partnered with Xaqt, an intelligence firm, to test predictive technologies that would allow aging infrastructure to be addressed proactively, before a malfunction. For example, the firm is using city data to pinpoint where new potholes are likely to form and deploying maintenance to the sites preemptively.

This past year, the city of Philadelphia partnered with a company called GoodRoads to apply AI and IoT to street assessment. The GoodRoads assessment devices are mounted onto city vehicles – street sweepers, parking enforcement, etc. – and collect data about street conditions using sensors and cameras. Data is then transmitted back to a program that visualizes streets using a dashboard map, which city officials can easily view and assess. AI is used to pinpoint areas acutely in need of maintenance. Teams can then be quickly deployed to the targeted spots.

The city also has an ambitious set of additional smart city initiatives underway via the SmartCityPHL program. Highlights include a network of 100 interactive kiosks called LinkPHL, comprehensive data collection for data-driven decision making, and advanced software for project-tracking, data visualization, and payment processing. You can check out the rest of the initiatives on the SmartCityPHL main page!

Portland’s smart city program is also heavily data-centered. The city uses IoT devices to gather data about everything from air quality to traffic patterns. Through the city’s Open Data program, data is publicly available as part of an initiative to foster transparency, community engagement, and innovation.

New initiatives are evaluated and existing ones are overseen by a designated smart cities steering committee. Portland is also focused on equitable tech with the Digital Inclusion Network, a group that works toward innovations that bridge the digital divide.

Want to learn more about cities leading the way in tech? Browse our cities page! We highlight cities with booming tech industries, dive into the local job market, and discuss career opportunities.