Ruby vs. Python: Which Programming Language Should You Learn First?

Discover the difference between these two popular and in-demand programming languages! 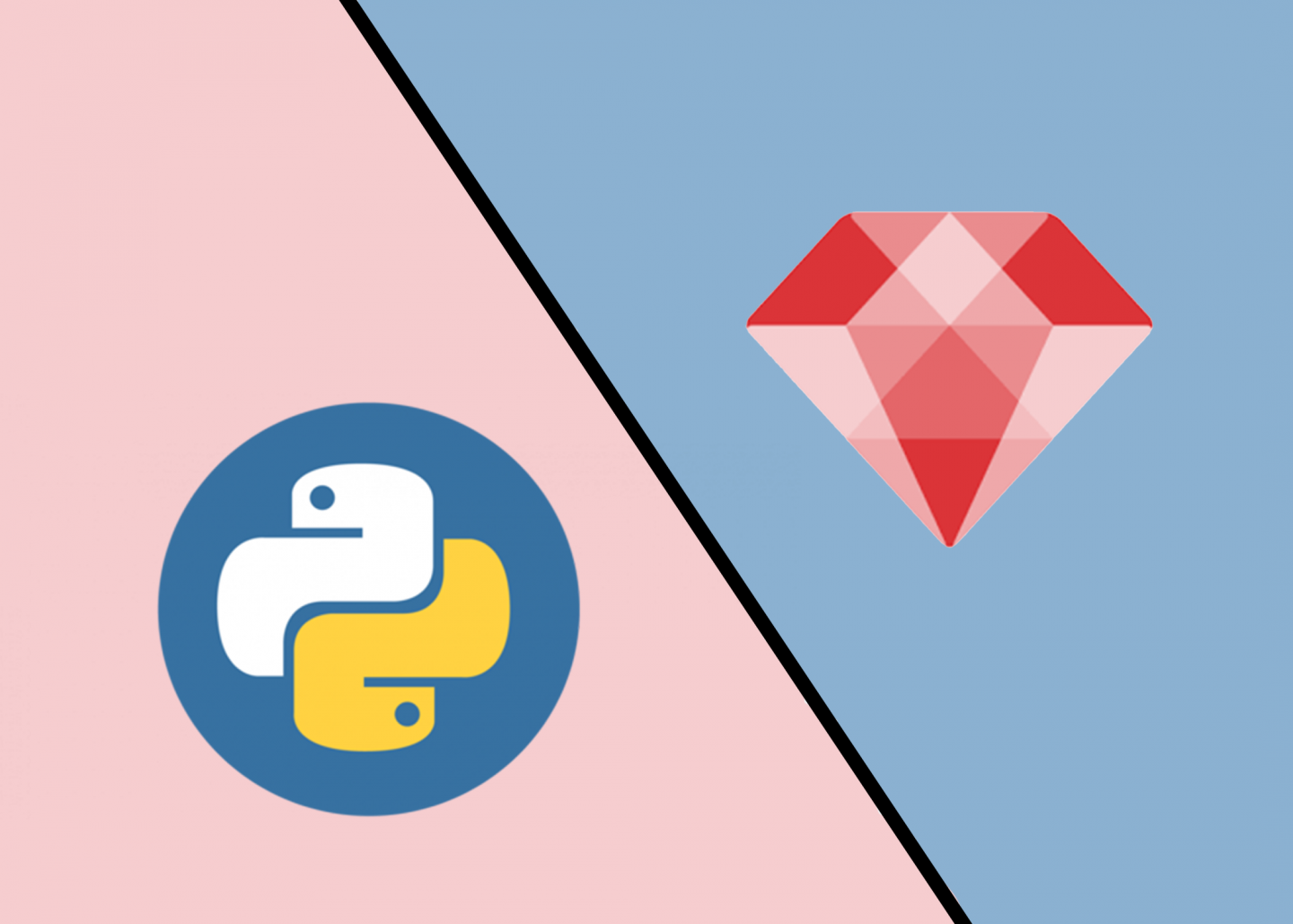 Ruby and Python are regularly ranked in the top most in-demand programming languages by sources like Indeed, Tech Republic and LinkedIn. Both Ruby and Python are free to use, open-source languages, which makes them popular first programming languages for new coders. They were both created in the 1990s; Python in 1991 and Ruby in 1995. Both are object-oriented languages, meaning that users create their programs by defining objects and classes, which are then used throughout their code. Ruby and Python each have their own large and devoted communities to lend support to beginning coders. While both of these would be a great first coding language to learn, for simplicity, it’s a good idea to choose just one to focus on first. Let’s now dive in to some specifics to help you make your choice.

First, a high-level comparison. While both languages are among the simpler options, Python prioritizes simplicity in a way that can’t be topped. In fact, many Python coders follow a revered 20-point guide by Tim Peters called The Zen of Python, which includes among it’s tenets, “Simple is better than Complex” and “Readability counts.” For their part, Ruby coders also value simplicity but may favor customization and flexibility more in some cases.

Ruby was invented by Yukihiro Mastsumo in 1995. It is considered one of the simpler programming languages to read because it uses human language. For example, a line of code might read print “Welcome”. Intuitively, this code would print the word Welcome.

Ruby offers multiple ways to accomplish the same programming output and many programmers like this flexibility. It is considered one of the more creative ways to code. Some coders find it helpful to have choices when deciding the best way to code something for a specific use-case. However, this flexibility can create challenges, especially if multiple team members on a project have different preferences for the best approach to take.

Ruby is regarded as a great language for web applications because of its robust framework Ruby on Rails, which has been successfully used by many startups such as AirBnb and Twitter.

Ruby on Rails is the most popular framework used with Ruby and it allows coders to make all kinds of customizations to tailor their web apps precisely to their businesses’s needs. There are also many more Ruby frameworks to choose from such as, Padrino, NYNY, Grape, and Sinatra.

Ruby’s vast set of third-party libraries make it one of the easiest languages to use for coding projects. Ruby libraries are places where users can publish collections of code or software packages that other users can then download and repurpose for their own needs. Ruby users call these packages Ruby Gems. You can browse all of the different Ruby Gems available for download on RubyGems.org.

One example of a Ruby class is the Time class, which can be used to bring date & time information into your code. For example, the function

In Ruby, coders can also define their own custom classes. To create a new class for movies, you would use the code below:

(Here you would add more code to explain the specifics of the Movie class.)

Ruby is supported by its community of users. Although the Ruby community is smaller than that of Python, they still offer many resources for users of all skill levels, such as user groups for networking, newsletters, a chat server, online tutorials, and more.

A knowledge base in Ruby can open the doors to many careers. Software developers and software engineers with a Ruby and Ruby Rails background are in high demand. Back end developers and solutions architects are also common jobs listed on indeed.com  that require a background in Ruby.

Python was created by Guido Van Rossum in 1991 and utilizes a very explicit syntax. This makes Python simple for coders to learn and use. In contrast to Ruby, Python coders likely need to spend less time comparing different ways of writing their code, which can make the development process quicker. However, this straightforwardness of Python also makes it less flexible than Ruby.

Like Ruby, Python is an interpreted language, which can make it slower to process than other programming languages. However, it also has the advantage of allowing users to edit a program while it runs.

Python’s biggest strength is that it is possible to collect, extract, and manipulate large amounts of data. Because of this capability, Python is one of the most popular language in data science and machine learning.

In Python, code blocks are based on indentations and can use parentheses and brackets, but not curly braces. Here is how the basic “Hello World” example is coded in Python. Notice that it is simple and to the point:

Here’s another Python example. This code adds two numbers, a and b:

print(“Answer is: “, sum)
The output of this mini program will look like this:
Answer is: 6
Some examples of websites and applications built with Python include Google, Netflix, Instagram, Instacart, Dropbox, and Pinterest.

The Python community is organized by Python.org and boasts an open-source knowledge base. The community and its resources are constantly growing, offering chat resources, weekly newsletters, and more to keep members of the community up-to-date with any developments. Conferences are also offered for continued education.

Python is a popular skill for data engineers, software developers, and analytic consultants. Since Python is known for its ability to handle large amounts of data, many careers based in data analytics and data science require Python.

Choosing Which Programming Language is Best for You

The choice between Ruby and Python is largely a personal one. Both programming languages are considered simple to learn and read. It is likely that, once you begin to learn one language, it will become familiar to you and seem more intuitive than any other. However, once you know one coding language and have grasped the principles of coding, it is much easier to learn a second.

Consider what you want to use coding to accomplish. Ruby is more popular for developing web applications, while Python is better for data science and machine learning. The choice of which programming language to use and which one wins the Ruby vs Python challenge is largely personal and dependent on what career path you are interested in pursuing.

Let’s review some pros and cons of both Ruby and Python.

Since Ruby and Python are both popular languages that are widely regarded as easy to use and learn, you really can’t go wrong with either.